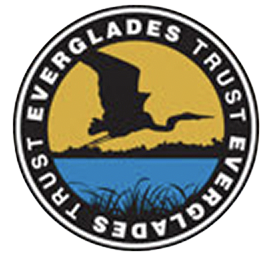 When it comes to Everglades Restoration, we know the details can be complicated, and made even more so by misinformation pushed out by the Boys of Sugar and their team of pay-to-play and phony online “news outlets,” complicit or ignorant politicians, consultants and lobbyists across the state of Florida.

But at its core, restoration is simple. Return to what Mother Nature gave us to the best of our ability: a natural flow from the Kissimmee River into Lake Okeechobee, that continues south to the Everglades. We all know that the answer to saving our Everglades is to send clean water south.

So why are we hearing new arguments to “slow the flow” into Lake O, or to install expensive water storage north of the lake in the form of Aquifer Storage & Recovery (ASR) wells? You guessed it – Big Sugar is at it again, pushing a $2 billion project for water supply north of Lake Okeechobee, where they are now growing sugarcane. Yep, more free water for sugar barons, sticking the taxpayers with the bill under the guise of mitigating Lake O discharges.

And right now, they have a Florida Senate all too happy to oblige them.

ASR wells are used all over the world, including Florida. But they function as water storage and recovery under normal conditions. There are none, zero, anywhere in the world, being used for flood control. Here’s why: ASR wells can absorb roughly seven cubic feet of water per second (7 cfs). They are proposing eighty wells. Doing the math, that’s a combined 560 cfs operating at maximum capacity. Currently, polluted water is being unnaturally discharged out of Lake Okeechobee to both coasts of Florida at a rate of 6,000-10,000 cfs. Math matters.

Meanwhile, on the east coast, sugar’s band of merry shills are pushing to keep Lake O’s water levels held higher, AGAIN starving the Everglades of the freshwater it desperately needs AND keeping both coasts at high risk of more toxic discharges. In a nutshell, we’re dealing with Republican operatives on the west coast pushing Big Sugar’s agenda and Democratic operatives on the east coast doing the same.

Now, look at these two efforts in tandem – keeping the lake levels artificially high while storing more irrigation water to the north of the lake. I think you will come to the same conclusion every independent expert and thinker has: rearranging the chairs on the deck of the Titanic, spending billions of taxpayer dollars to do it, will bring absolutely no relief to the Everglades or the coasts. No new water flowing south. No break in the discharges.

Climate change is only exacerbating the crisis we are facing.

This past March and April were the hottest and driest on record. The sugar giants pulled 70 BILLION GALLONS from Lake O, but Everglades National Park received 0.3% of that amount.

Put another way, for every gallon of water the sugar industry got, Everglades National Park, a World Heritage Site, received a tablespoon. A national park was on fire and Broward County was put on rations from pulling water from the Everglades, but by God, that sugarcane got irrigated.

Slowing or altering the natural flow of water got us into the mess we’re in. Advocating for anything like it again to solve the broken system is, by definition, insanity.

Will you stand up and fight this with us? We cannot do it without a lot of fed up and loud Floridians.

IN CASE YOU MISSED IT 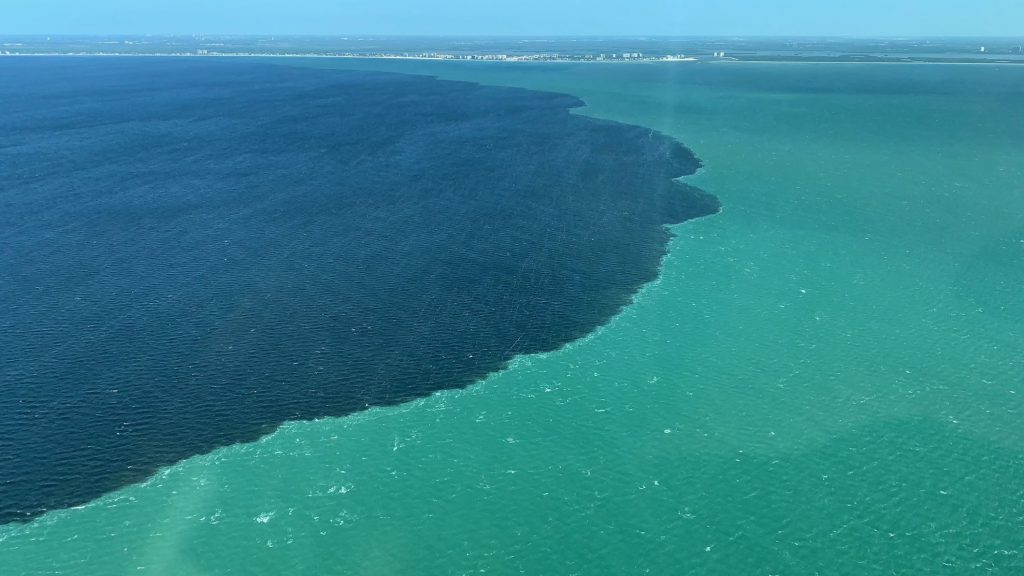 Aerial images of polluted Lake Okeechobee discharges infiltrating the Gulf of Mexico near Sanibel Island. Not natural, not necessary. Restore the flow of water south to be stored, cleaned, and sent to the Everglades where it’s desperately needed! 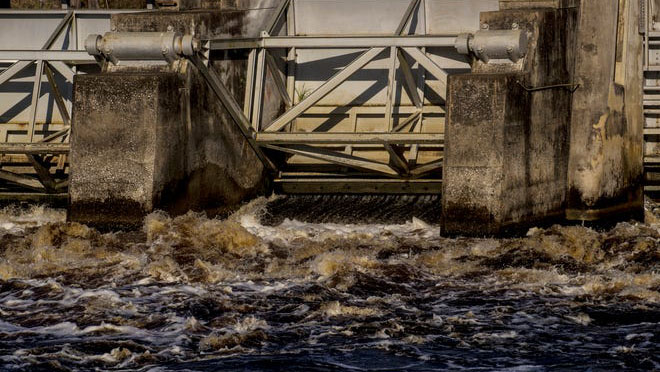 For the fourth time in five years, our coastal estuaries are receiving harmful releases of Lake O water. The long-term solution is to build infrastructure to flow the water south. In the short-term, we can prevent discharges through operational flexibility by the Army Corps. Infrastructure is expensive. Flexibility is free. South Florida needs both. 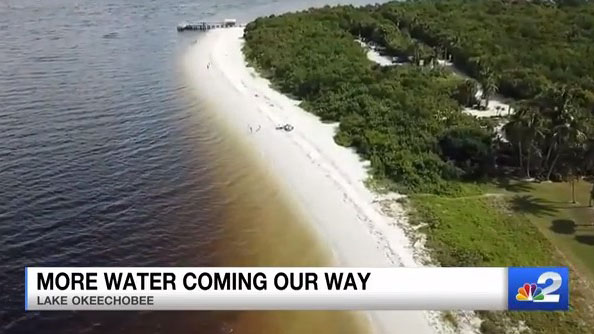 Everglades restoration will halt these polluted discharges to both coasts of Florida, getting that water sent south past Big Sugar, through treatment marshes and down to Florida Bay. Impeding our progress every step of the way are U.S. Sugar and Florida Crystals. Don’t like your water quality? Now you know who to blame. 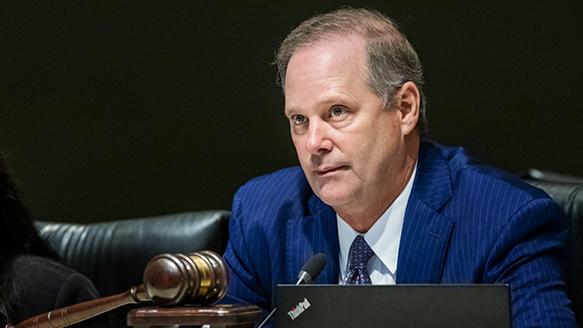 Senate President Wilton Simpson calls the EAA Reservoir “a flaw in our thinking” while pushing for storage north of the lake. We need our politicians to react with the facts, instead of buying into sugar’s fiction. 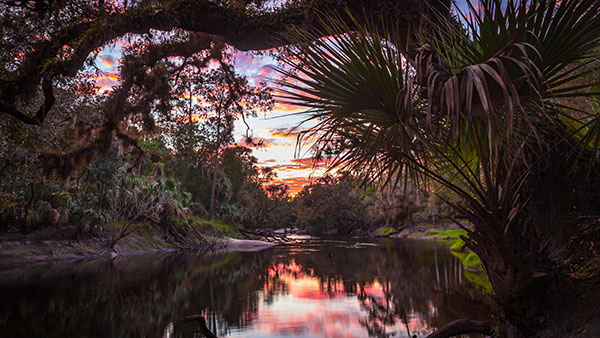 Clean water is a basic human need. The same is true for our waterways. On election day, nine out of 10 voters in Orange County agreed. The Florida Legislature is sure to find a way to block the measure, but the cat’s out of the bag. The people are speaking up throughout the state, demanding an end to a status quo that is breaking our backs and our hearts. 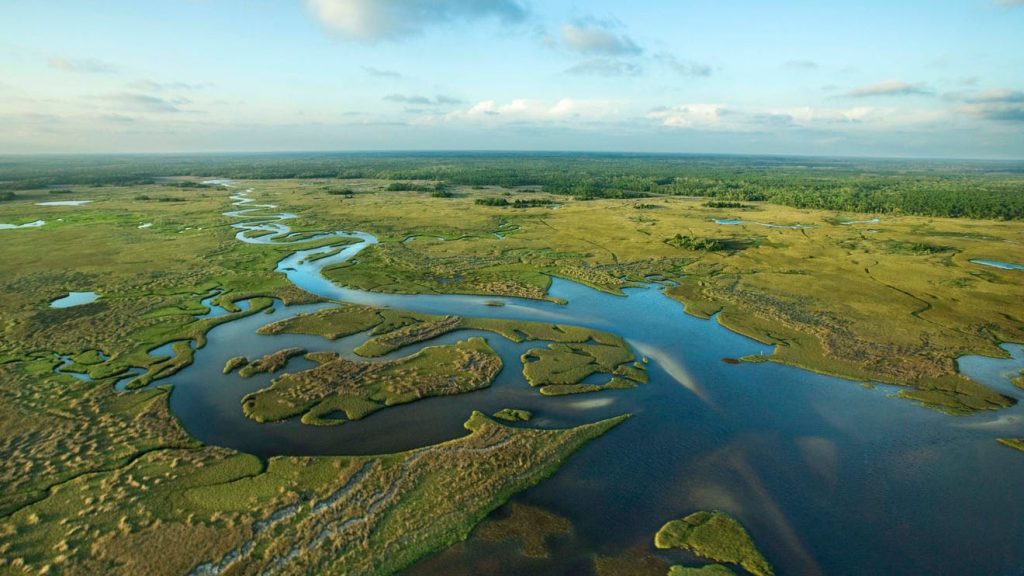 For almost every single Everglades ecosystem win, it has been a good Federal Judge who ensured it – not bumbling / corrupt politicians or inept / complicit bureaucrats.

The Everglades. Bristol Bay. Two national treasures thousands of miles apart with one thing in common: the possibility of losing them. We urge you to watch this film and get involved. These wild places are worth fighting for.

Watch: Everyone In Between, a film by Captains for Clean Water